The Legacy of Vincent O. Greene

Providing an Education for Tomorrow’s Leaders 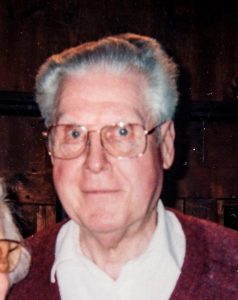 Greene’s impact on our communities will be felt for generations through the Vincent O. Greene Scholarship Fund.

A private man with a deep passion for the value of education, Vincent O. Greene spent his life, and career, building a tremendous legacy many wouldn’t know until his passing. The longtime Urbana resident passed away in May of 2015, leaving behind an estate of more than $15 million dollars.

Many would be in awe of such a bank balance says Champaign County Farm Bureau Foundation Executive Director, Kirk Builta. However, it’s not the bank account that’s impressive, Builta says. “When you look at how thoughtfully Mr. Greene used his wealth to impact others, you see an impressive and caring individual.”

An impact that will be felt for years, multiple scholarships programs will be continued, or created, at the bequest of Vincent Greene. Over $3.6 million dollars has been donated to various local and regional charities, including the Champaign County Farm Bureau Foundation.

Greene’s $200,000 gift to the CCFB Foundation, the largest ever received, will create the Vincent O. Greene Scholarship Fund to benefit Champaign County students pursing a college degree in agriculture.

Builta says it’s an incredible honor to be entrusted with Mr. Green’s legacy. “The Foundation Board of Directors and I are incredibly humbled and proud to carry on his tradition.”

A tradition which started years ago as Greene would help to defray the growing cost of a college education; offering financial support to family, friends, and the tenants of his Livingston, and DeWitt County farms.

It was his agricultural roots, and his friendship with longtime Farm Bureau members and former CCFB Foundation Board Members Mildred Luther, and Kathryn and William Henderson, which led Greene to the Foundation. A donation which Builta calls “a true blessing” for the Foundation.

This remarkable investment in the future of agriculture will provide opportunity for countless young men and women throughout our county at a time when Builta says it is needed most. “The leadership experiences and drive found within our next generation of agriculturalists is incredibly promising. However with the ever-rising cost of education it becomes incredibly tough for families to fully support a college education.” Builta tells us this is where Greene’s legacy hits the road.

Through the Vincent O. Greene Scholarship Fund, and others like it, the Foundation is able to grow their support of tomorrow’s industry leaders. Rewarding student leaders for their scholarship, impact on our communities, and commitment to the future of agriculture; the Foundation has invested in the college careers of over 390 scholars since its formation in 1986. Greene’s gift will most certainly increase this impact.

The Champaign County Farm Bureau Foundation provides educational opportunities that impact the future of the food and agricultural industry in Champaign County, and around the world. In addition to its scholarship program, the Foundation’s Ag in the Classroom program – Earth Partners, educates over 11,000 local school students, and consumers, annually. The Earth Partners’ programs connects students to the food system and educates of agriculture’s importance in our local communities.

To learn more about the CCFB Foundation, or to explore ways in which you might impact the Foundation, visit www.ccfbfoundation.com or call Kirk Builta at the Farm Bureau office at (217) 352-5235.